Sunday, June 24:  Jakesprinter’s Sunday Post challenge this week is village.  He writes: A village is a clustered human settlement or community, larger than a hamlet with the population ranging from a few hundred to a few thousand (sometimes tens of thousands).  Although many patterns of village life have existed, the typical village was small, consisting of perhaps 5 to 30 families. Homes were situated together for sociability and defense, and land surrounding the living quarters was farmed. Traditional fishing villages were based on artisan fishing and located adjacent to fishing grounds. 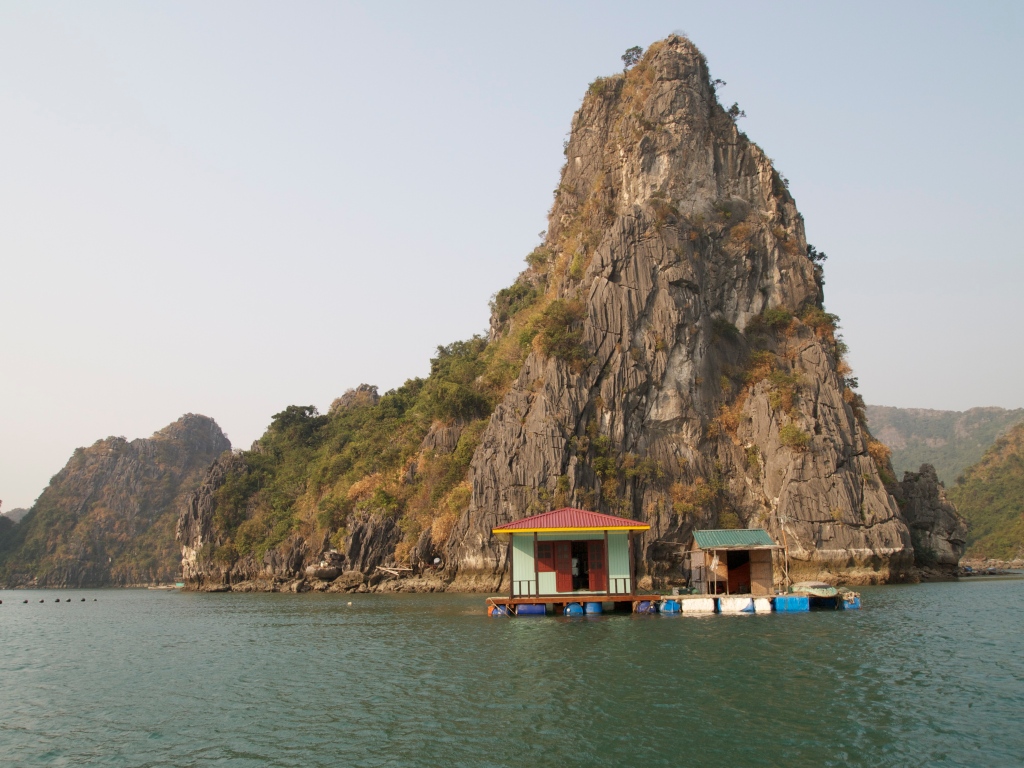 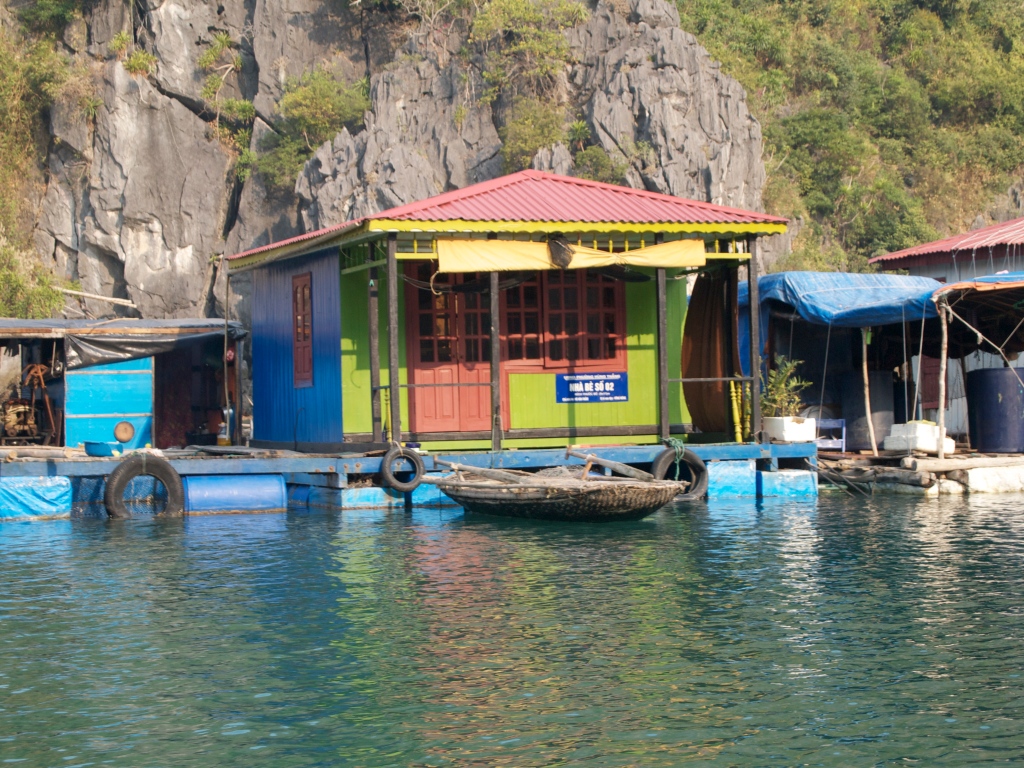 houses in the village

On Halong Bay, in northern Vietnam, we go on bamboo boats through a floating fishing village.  In all of Halong Bay there are about 1,600 residents of 4 fishing villages.  They live on floating houses and sustain themselves by fishing.  In this particular village, there are 59 floating houses and about 300 people.  They live here year round; they live with their children, who attend school at one little schoolhouse in the village, and their dogs, who protect what few belongings they have.  One of our group insists the dogs protect them from Somali pirates.  Most of the houses have generators for electricity, but they’re only allowed to use them from 7-9 each evening.  As we float past the villages in our bamboo boats, we can see flat screen televisions inside the huts, complete stereo systems.  Our guide Thanh has told us that generations live here, that their sole livelihood is fishing, that it’s a hard life.  I can believe it.  I can’t imagine living like this year round and rarely visiting land, or cities, or people outside this small community. 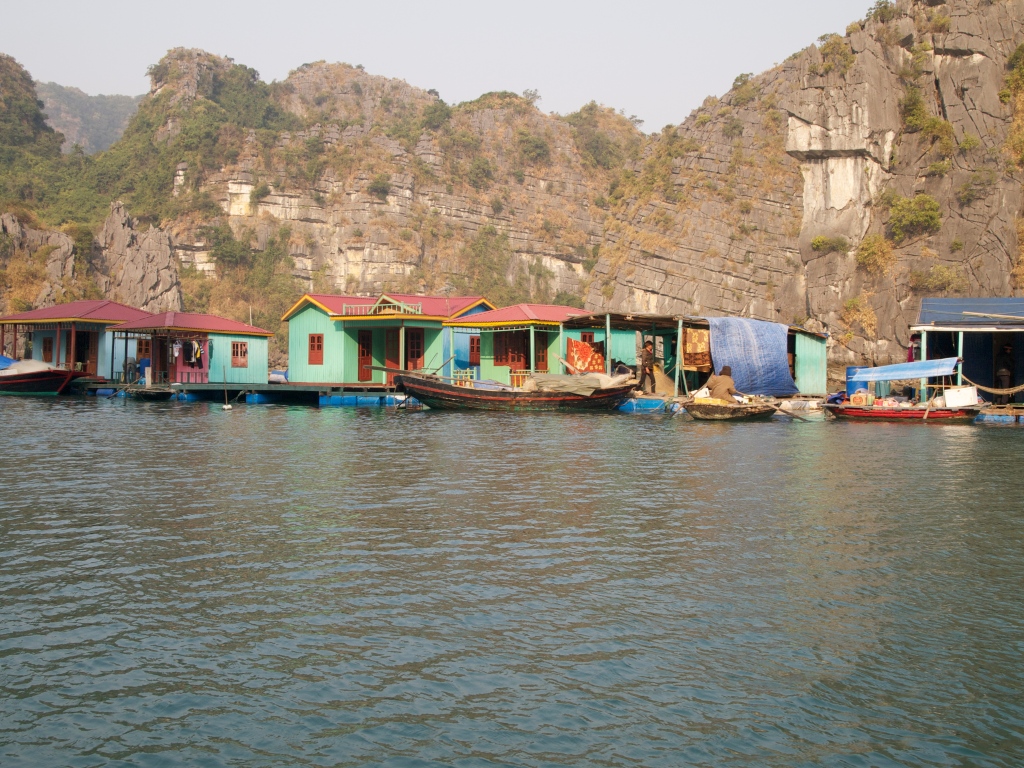 If you would be known, and not know, vegetate in a village; if you would know, and not be known, live in a city. ~ Charles Caleb Colton

The notion of the world as a village is becoming a reality. ~ James Wolfensohn

Before we came out on our boats, Thanh told us that there is a problem with the residents throwing “rabbits” in the water.  Several of us look at each other, baffled.  Rabbits?  Where would they get rabbits to throw in the water?  WHY would they throw these rabbits in the water?  I ask Thanh, probably with a “duh” look on my face: they throw rabbits in the water?  Thanh nods, Yes!  But one of our group knows what he is saying, “Rubbish, he’s saying they throw rubbish in the water.”  Ohhh.  That explains.  Thanh says Indochina Junk and other tour operators have a system set up to take away their rubbish.  To promote a green bay.  Bravo for them!

If you’d like to read about my day in Vietnam floating through the floating villages, please visit fishing villages, the riff-raff edges of Hanoi, and the green mango.